Bring the Crunch is a mission in the South Park: The Fractured But Whole DLC "Bring the Crunch". It becomes available upon purchase of the expansion pack, or if the season pass for the game is bought.

The counselors have gone missing in Lake Tardicaca, Fastpass requires the New Kids assistance to bring them back. But the issue is escalating at an alarming pace.

Any time in the game after the mission Coonstagram, Fastpass (Jimmy) would give you a call. Requesting help from the New Kid to save the camp from being shut down.

It is recommended to at least complete The Chaos Gambit first before starting the mission, as you need a few abilities acquired from the main storyline to solve the puzzles found in this mission.

As soon as the New Kid reaches the camp, Fastpass will appear and greet the New Kid, he also mentions that the New Kid is so far the only person to answer his calls. However, with a blinding flash, Professor Chaos (Butters) appear with a flashlight in his hands, which is the origin of the thunder and lightning.

As Professor Chaos explains to Fastpass about his machine and his reason to arrive, another anomaly appears in the sky, a pink light sphere descends, into the ground.

The arrival is revealed to be an old friend of the superheroes -- Mintberry Crunch (Bradley), who just received Fastpass distress signal and traveled through interstellar space to offer his assistance.

Now the team has assembled, it's time to investigate the mystery, Fastpass informs the others that the counselors have gone missing, and if they can't be found, the camp will be shut down. After the team disperse to find clues, you will be put back into the field of play, searching for clues. Professor Chaos is staring at a lunch box available for loot -- and yes, you can loot it.

Inspect the shower room to trigger a call from Fastpass, where he will conclude that the counselors went missing when fixing the shower room. After Mintberry Crunch proposing something dastardly may be afoot, Fastpass comments that his feet are fine and decided to go into the forest to investigate.

Note: To resume the following plot, The Chaos Gambit would have to be completed, otherwise the New Kid won't be even able to enter the forest.

The Cabin in the Woods

The forest is on the right, use Haywire to disable the electric cords and clear the way to the forest. When the path is cleared, Professor Chaos will return to behold the mystery of the perfectly good lunch box.

Enter the forest, Mintberry Crunch and Fastpass will be seen looking at a pit with red paint inside. Just as the kids wondering about what has happened, a bunch of monsters appear and surrounded them.

This battle is not exactly a serious combat, but rather a demonstration of Mintberry Crunch's powers. As a result, Fastpass and Professor Chaos will be standing beside to watch as the New Kid and the mighty Mintberry Crunch take care of the monsters.

The first demonstration is Flavor Burst, when used on the New Kid and a nearby monster, the result can be seen: complete ignorance of any damage. The combat will then continue, when the Ultimate meter is filled, Mintberry Crunch will unleash his Ultimate: Bringing the Crunch. This Ultimate can damage all enemies and grant invincibility to all allies for a turn.

As soon as the Ultimate is unleashed or when the enemies is defeated, the monsters will realize the seriousness their enemies have. And will call upon a powerful helper: Spontaneous Bootay. Bootay recognise The New Kid and tell the heroes that she wants her revenge for what happened before, to much as the kids horror and surprised, especially Mintberry Crunch, who claimed that his powers are not powerful against her. This forced them to go and hide in the cabin behind them. Unlike the combat before, this is a run-for-life situation.

Unlike the real-time event way of attack she had before, she now moves two columns every turn, in addition, monsters will come and aid her by pulling and pushing the kids to her. To survive, you need to run to the right side of the battlefield, where a cabin can be seen.

Only one person is needed to complete the escape, so if you find it difficult to save all of the kids, just let Mintberry Crunch or Fastpass complete the job. However, if you want to leave nobody behind, try using Tome of Teleportation to achieve that.

Having gone into the cabin, the team uses every possible item as a blockade for the door, Mintberry Crunch claims that he is suffering from intergalactic jet-lag, and is unable to deliver any help to the situation. Trapped in a cabin in the woods, it's now up to the New Kid to look deep into the time powers, and to figure out the way to escape.

Fastpass then realizes the fact that they are now in the same situation as final girls in movies, with that, Mintberry Crunch suggests if the powers of the Final Girl can be harnessed, then the monsters can be defeated. As told in the instructions, the key to new powers would be finding four important components, which are: Axe, Sledgehammer, Hedge Clippers, Circular Saw. And the ways to obtain them is as follows, each with a different scare.

Having collected all the items, Fastpass will call the New Kid to his side, asking them to channel the survival power of Final Girls in horror movies, as a result, the New Kid starts spinning around and quickly turns into a Final Girl.

Realizing the New Kid has harnessed new powers, Fastpass comments the rarity of this situation, while Mintberry Crunch decides that it's about time they return fire. Professor Chaos still has some concerns, but Fastpass denies and urges him to go out of the door.

The team leaves the cabin, with Mintberry Crunch shouting the arrival of the Final Girl. Seeing the New Kid's change, Bootay announces that the Final Girl is her Kryptonite and wants out of the battle. So the kids are left to engage with the rest of the monsters.

This battle is mostly a demonstration of the new Final Girl powers, the game will direct the actions, the first attack is the Saw Bleed, enemies will walk on it and gain the status effect known as "Hemorrhage".

The second attack is the Hammer Bomb, it allowed you to choose your target and then you able to move again as well as able to choose were you want to knocked the target enemy. Professor Chaos will told you to knock your target to the Saw Bleed.

The Realm of Nightmare 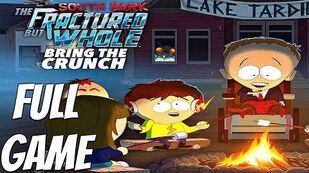 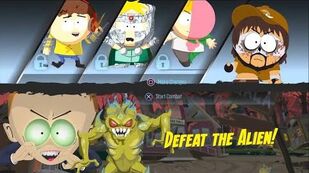 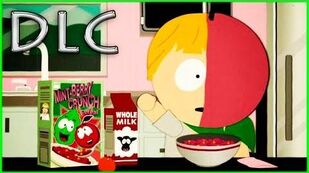