The South Park Game Wiki
Register
Don't have an account?
Sign In
Advertisement
in: Characters, Enemies, Gingers,
and 11 more

The Ginger Hallway Monitors are antagonizing characters of South Park: The Stick of Truth. They are enemies fought at South Park Elementary during the quests Detention Sentence and Attack the School. 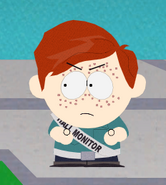 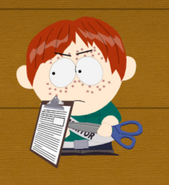