The South Park Game Wiki
Register
Don't have an account?
Sign In
Advertisement
in: Enemies, Villains, Characters,
and 6 more

Nazi Zombies are a recurring enemy throughout South Park: The Stick of Truth.

Nazi Zombies appear similar to their uninfected counterparts, but colored green or grey to emphasize their undead nature. They usually gain accessories related to Nazi Germany, most commonly a red armband with a swastika on it.

Nazi Zombies are created from the Green Goo from the Alien Ship that crashed into South Park Mall. It almost turns everyone it touches into Nazi Zombies, this includes:

All Nazi Zombies speak through audio clips of Adolf Hitler's various speeches. After the final boss is defeated, the Nazi Zombies return to normal, and the goo is finally taken care of. 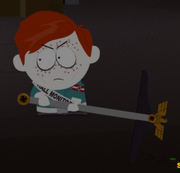 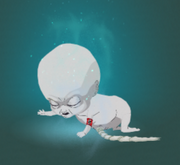 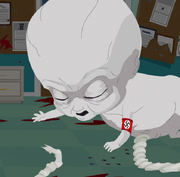 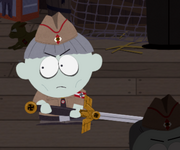 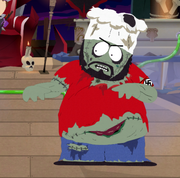 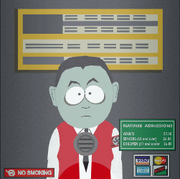