The South Park Game Wiki
Register
Don't have an account?
Sign In
Advertisement
in: Characters, Characters in South Park: The Fractured But Whole, Female characters,
and 7 more

Raisins Girls are a sub-group of characters in South Park: The Fractured But Whole.

Raisins Girls are waitresses working for Raisins lead by Mercedes, the head-waitress. They use their extreme charming looks and behaviors to make the customers pay more. Mosquito is one of the charmed customers until he realizes the fact, refuses to pay the bill, beats up all the waitresses with the New Kid's help, and then flees the scene. This makes the Raisins Girls very angry and they decide to hunt the heroes down all over town.

Despite the grudge the girls have with the New Kid, they still allow them to come in, make purchases, and take selfies.

On Day 2, the Girls ambush the New Kid in the alley. However, they are no match for the New Kid even when outnumbering them. Defeated, the girls get up and summon Rebecca to the scene, who unleashes powerful attacks to the New Kid. The tides of the battle turn when Call Girl unfriends their social medias exponentially, causing them to flee the alley to avoid losing their followers.

After the New Kid beats up enough of them to gain the Master Raisins Ripper title, the New Kid can help Mosquito retrieve his dad's credit card. This time, the Raisins Girls call Maury the Bouncer and Rebecca to help them, but are still defeated. The Girls accuse the heroes of assault and Ferrari finds Clyde's address, threatening revenge on him via Coonstagram.

The Raisins Girls later join forces with the Ninjas, Sixth Graders, Crab People and Rednecks, attempting to destroy the New Kid, which of course doesn't come to fruition.

After the game ends, they can be seen and battled on the parking lot between Raisins and MFC.

Mosquito in a Honey Pot

The four main Raisins Girls are fought in Raisins once Mosquito refuses to pay them for the food they have given to him.

Raisins on a Rampage

The New Kid must defeat fifteen Raisins Girls across South Park. They can be found in the main street, between Raisins and MFC, and between the Peppermint Hippo and Buca De Faggoncini.

The Raisins Girls ambush the New Kid in the alley that connects the north part of town and Main Street in order to get revenge for beating them up. Once these have been defeated, they will call Rebecca, a fatter and bigger Raisins Girl. However, the New Kid is saved by Call Girl when she trolls the girls on social media.

After the New Kid completes Raisins on a Rampage, Mosquito will try to fight the Raisins Girls by himself. However, he ends up charmed by them again and gives them his father's credit card. The girls decide to keep it, causing Clyde to call the New Kid to meet him outside Raisins. He tells them about the Raisins Girls stealing his father's credit card, and when the heroes enter the restaurant, the girls refuse to give him back the credit card as they claim that Clyde gave it to them. A battle ensues, with the Raisins Girls calling Maury the bouncer and Rebecca to help them.

Mercedes, along with Mr. Kim, the Sixth Grader Leader, Eddie the Redneck, and a Crab Person, ambushes the New Kid outside of Tweek Bros. Coffee, forming "The Unified Huntdown League". During the battle that follows, Mercedes teams up with the rest of the New Kids's enemies in the town (Except the Chaos Kids). After the battle, the Raisins Girls can be fought in Main Street.

During the "Charm School" Challenge in Danger Deck, two unnamed Raisins Girls, two copies of Mercedes (all four of them Griefers), and two copies of Rebecca team up with Shawna, the Ho Bruiser. All of them but Shawna and the two Rebeccas specialize in charming the Freedom Pals into attacking each other.

During the final fight, if the New Kid's kryptonite are the Raisins Girls, The Zarganor will use Doctor Timothy's brain to read their character sheet and then he will use Skim Milk to make copies of Mercedes, who will attack The New Kid and their allies. The Alien can bring as many copies of Mercedes as he wishes to until he is defeated.

The Raisins Girls don't have any immunities. In general, they have low health, they can only attack characters in front of them and their attack damage is medium. However, their charm can become a problem since it causes allies to go against the rest of the party members.

The Raisins Girls usually attack in groups of four or five. The groups are usually composed of two Swarmers at the front, a Bruiser in the middle, and one or two Griefers at the back.

This type of Raisins Girls are the ones with the lowest health and the easiests ones to defeat. However, they have 2 in movement and can get near any party member if left alive. Two of the main four Raisins Girls, Porsche and Ferrari, are Swarmers.

This type of Raisins Girl is just a copy of Mercedes made of skim milk. She has the same movement and attack as a Swarmer does.

This type of Raisins Girls are the ones with the highest amount of health and attack power, however their movement is very reduced. One of the four main girls, Lexus, is a Bruiser.

This type of Raisins Girls are considered the most dangerous ones. They function as bruisers while attacking, and most importantly, they can charm the New Kid and/or their party. Since they have a great amount of attack range, the charming can be done from a long range. The Raisin Girls' leader, Mercedes, is a Griefer.

Unlike the other Raisins Girls, Rebecca is big, fat, and brutish; however, she makes up for her lack of looks with substantial battle power. Rebecca only appears twice in-game; during the Raisins Girls' ambush on the New Kid, and after the heroes defeat all the Raisins Girls and Maury when trying to take back Clyde's father's credit card from them.

Rebecca has exactly the same movement as a Raisins Bruiser, but she causes considerably more damage. 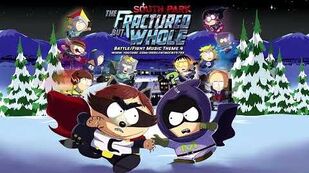 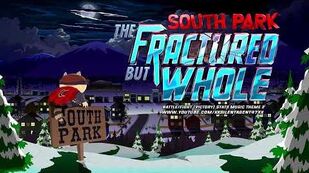