The South Park Game Wiki
Register
Don't have an account?
Sign In
Advertisement
in: South Park: The Fractured But Whole, Games

The Fractured But Whole

ESRB: Mature 17+
PEGI: 18
South Park: The Fractured But Whole is a role-playing video game developed and published by Ubisoft.

The game was created and written by Trey Parker, who also creates and writes the animated show South Park.

South Park: The Fractured But Whole picks up the story where South Park: The Stick of Truth ended. An episode of the South Park television series is made that ties the two games together, this episode is known as Franchise Prequel.

South Park: The Fractured But Whole takes place in the Rocky Mountains of Colorado. As the game begins, The Coon (Eric Cartman) is at a table in the Coon Lair where he and friends are dressed as superheroes. The Coon has planned out the group's film franchise and is explaining it to the group. Arguments ensue and the group is split in two. One group becomes Coon and Friends while the now opposing group calls themselves Freedom Pals, led by Doctor Timothy (Timmy Burch). The Freedom Pals demand their own franchise and a "civil war" between the two superhero group begins.

"What has become of this city? There used to be laws, justice. Not anymore. Crime is out of control - cats are missing and townspeople are being victimized. We were supposed to protect those who couldn't protect themselves. Now superheroes are torn apart by political differences. We are two sides, at war, but war isn't going to save our city. Time travel is my only hope now. Myths tell of ancient times, when a new king united a kingdom, torn apart by a powerful stick. There is no time to waste. I have to go back, change the present if I can, and find this cat, and in doing so perhaps I can change what has happened...to all of us."

The Coon has traveled back to 'Ancient Zaron' in 627 A.D. The King's soldiers are in a war (the children are role-playing in the street) and their side is losing. The King (player The New Kid) is missing and has apparently left the battle to sit on the throne (Toilet).

The King is called outside to protect his soldiers. After the fight, The Coon shows up and claims to be from the future. He has returned to the past to fix the future and the children agree to play as superheroes. The New Kid finds the Coon Lair and is given a superhero backstory by The Coon. The Coon sends The New Kid out to find clues to locate a missing cat.

Microaggressions first appear in this game, and will sometimes appear during combat. It will occur when an enemy gets a turn and quotes a microaggression, which would allow the player to have a chance to punch the opponent during the enemy's turn.

Different abilities affect different areas of the combat grid. The diagram under a power's icon allows the player to view the ability's range. Pressing the control for the ability will show the affected areas of the grid. Players can end their turn or cancel an ability by using the appropriate control. Combat automatically ends when either the player's team or opposing enemies are defeated.

Players are able to select one of three classes at the beginning of the game: Brutalist, Blaster or Speedster. Additional classes can be unlocked during gameplay. 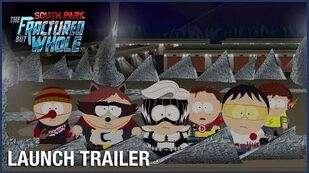 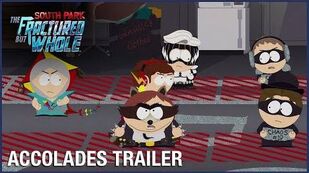 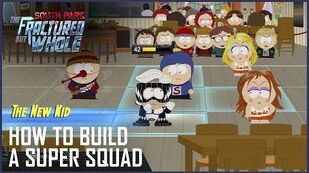 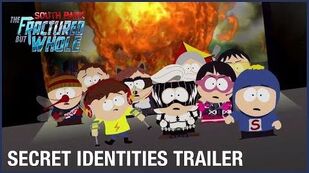 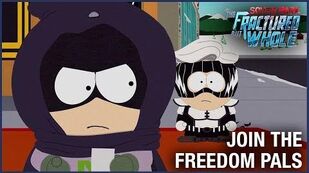 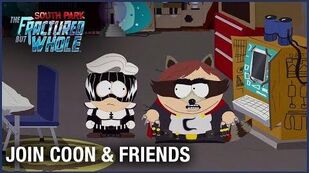 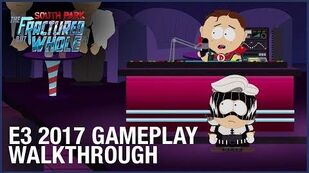 South Park The Fractured But Whole E3 2017 Gameplay Ubisoft US 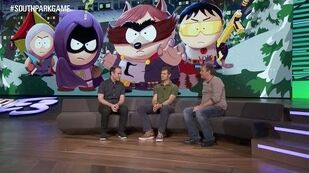