The South Park Game Wiki
Register
Don't have an account?
Sign In
Advertisement
in: South Park: The Stick of Truth, Games

ESRB: Mature 17+ (Blood and Gore, Drug Reference, Mature Humor, Nudity, Strong Language, Strong Sexual Content, Violence)
PEGI: 18
South Park: The Stick of Truth is a role-playing game developed by Obsidian Entertainment in collaboration with South Park Digital Studios and published by Ubisoft. The game was released on March 4, 2014 for Microsoft Windows, PlayStation 3, and Xbox 360. and Xbox One. The release for Xbox One and PlayStation 4 versions were released along with South Park: The Fractured But Whole.

After the events of the Black Friday series, the boys decide to play with a stick. The stick in question grants control of the entire universe to whoever keeps it. This led to sides being split up eventually causing a war between each side, the Humans, and the Elves.

The New Kid (Player) is rumored to be some type of chosen one, which during the events of the game both sides fight for. In the beginning of the game, the new kid is on the Humans side. The new kid is named by the Grand Wizard, "Douchebag."

In-game; The new kid has to Fight, Adventure, Solve Puzzles. But the one rule is to "Protect Your Balls." 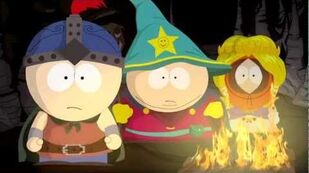 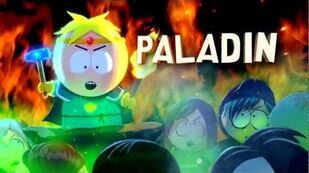