The South Park Game Wiki
Register
Don't have an account?
Sign In
Advertisement
in: Stub articles, Humans, Characters,
and 18 more

Tweek Tweak is a character in South Park: The Stick of Truth and one of the best fighters in the Kingdom of Kupa Keep.

For Tweek's role in South Park: The Fractured But Whole, see Wonder Tweek.

Tweek wears a brown belt across his torso and black pants.  He has black triangles drawn on his face and messy blonde hair. 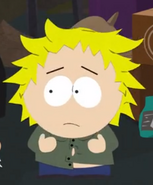 Tweek before changing into his costume. 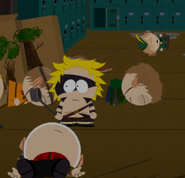 Tweek during the "Attack the School" quest. 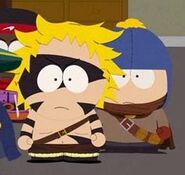 Tweek in Jimmy's room during "The Bard". 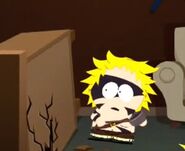 Tweek trying to break down a barrier in "The Bard".

Tweek with Craig and Token during "The Bard".