The South Park Game Wiki
Register
Don't have an account?
Sign In
Advertisement
in: Characters, Characters in South Park: The Fractured But Whole, Villains,
and 11 more

Vampires, also known as The Vamp Kids is a faction of the From Dusk till Casa Bonita DLC for South Park: The Fractured But Whole.

Mysterion
The New Kid
The Coon

The Vampire Kids have gone to Casa Bonita to celebrate their leader, Mike Makowski's birthday. As The New Kid and Mysterion arrived to take their newest member, Karen McCormick back home with them, they engage in combat against them.

They hold the vampire relics needed to open the door to the VIP section, and The New Kid, alongside Mysterion, The Coon and Henrietta must fight them several times.

Vampire Kids run the gambit with abilities, but the first thing to know about them is that their primary attack spells have life-drain effects similar to Mosquito's attacks. These attacks can be initiated at short or long range. However, no life-drain attack may give a Vampire Kid more HP than his/her maximum HP.

Healer-class Vampire kids have a telegraphed move for revival, and can both heal and revive any Vampire Swarmers on their space. Unlike other combatants, a Vampire Swarmer's body will not get up and leave the battle grid just because a player's character walks onto the space. If a Vampire Swarmer is on an occupied space when they are revived, they will move to the closest adjacent space.

For the complete collection of Vampires' quotes, refer to the page Vampires/Quotes. 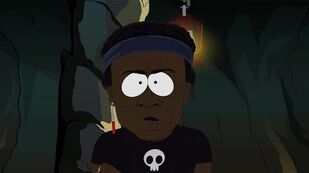 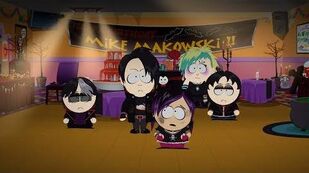 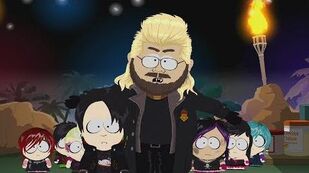 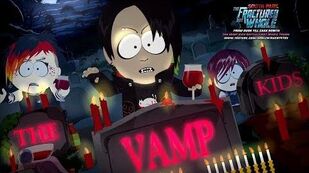 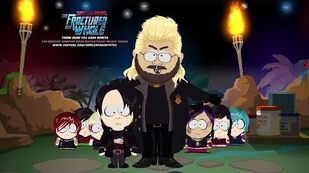